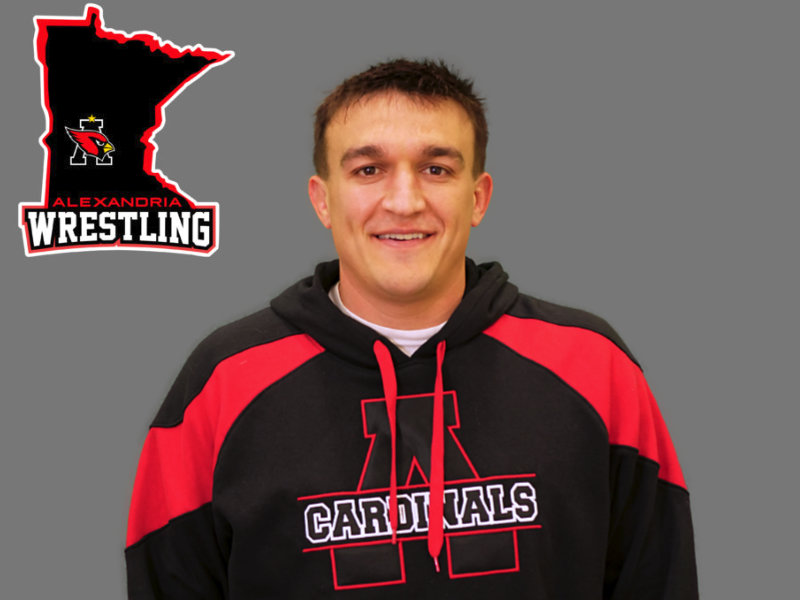 Jacob Bryce is our passionate leader of the Alexandria youth wrestling program. He is a 2004 graduate of Minnewaska Area High School. After a successful high school career, he went on to compete in Division I athletics for the North Dakota State University Bison. At 197lbs, he was a x2 NCAA Division I national qualifier. Jacob was successful in the classroom as well, earning multiple recognitions for being an Academic All-American while pursuing education in Business Administration and Agribusiness.

Jacob’s career is in agriculture and equipment sales. He resides in Alexandria with his wife Jenna and three children: Jackson, Amele, and Clara. Jenna also helps to administer the activities of the Alexandria youth wrestling program.

Jacob has taken a role as youth wresting coach starting with the 2019 season. He is excited to share his knowledge and skills gained throughout his career. He began his wrestling career in New York Mills, MN where he enjoyed learning the sport from an excellent coaching staff that invested into the program. He competed alongside his bother and some great teammates. Jacob was fortunate enough to go to state 3 times and place each time. After high school Jacob wrestled and played football at Saint John’s University. He was a 2X All-American in ’06 and ’07 taking 4th and 5th in the NCAA Div. III Nationals. He credits the SJU wrestling program/teammates for a lot of his growth and success as a wrestler.  Wrestling has taught him many important life lessons that he hopes to pass on to his boys and other young wrestlers.

Jacob lives on a small farm in Garfield, MN with his wife Jessica and boys Connor, Riley, Grant, and Patrick. He is putting his Business Management degree from SJU to use working for Alex Brick and Stone for the past 10+ years. He is very much looking forward to this new chapter in his wresting career.

Greg is a 2005 graduate of Foley High School where he wrestled for MWCA Hall of Fame Coach, Lyle Freudenberg.  Greg was the first six-time wrestling letter winner in Foley history. He was a two-time section champion and a three-time state entrant, placing 3rd at 140 lbs. his senior year.

After high school, Greg attended Saint John’s University to pursue a degree in Business Management and to wrestle for the Johnnies. Serious injuries in both his Freshman and Sophomore years at Saint John’s ultimately led to Greg ending his competitive wrestling career.  He remained on the SJU wrestling staff as a student coach.

After graduating from SJU, Greg wanted to remain active in the wrestling community and to feed his  passion to help youth. He did both as the 7th and 8th grade wrestling coach in Foley for the 2011-2013 seasons. Greg rejoined the Foley program for the 2017-2018 season as an Assistant Varsity Coach. He helped lead the Falcons to a State Team Consolation Championship and five individual placewinners, including four state- finalists.

Greg moved to Alexandria in 2018 with his wife, Katie, and 4 children: Cael, Quinn, Greer, and Reese.  He is excited to be a part of the Alexandria Wrestling Program!