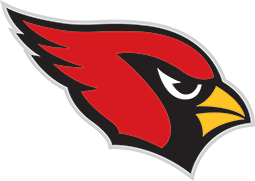 Our mission is to increase participation and interest by providing a fun, activity-based elementary practice environment, which emphasizes wrestling fundamentals and strengthens the foundation and future of Alexandria wrestling.

Does my wrestler need a singlet?
Your wrestler only needs a singlet if he wants to compete in a tournament, and even then, it is not required. You can put a deposit on a singlet and they can wear it to practices, but we recommend gym shorts and a T-shirt for practice. Singlet deposits will be held until the last day of practice or the Elementary Wrestling Banquet and then will be cashed if the singlet is not returned.

Does my wrestler need wrestling shoes?
Wrestling shoes are a good idea. For the beginning wrestler until you are certain they will “stick it out” tennis shoes can be worn as long as they are clean (they should not be worn in from the street). We do have a few used pairs to share, and encourage a Shoe Recycling Program where wrestlers can donate shoes that do not fit so we can equip other wrestlers. We do recommend buying large to last a young wrestler a couple seasons.

What should my wrestler wear to practice?
We recommend gym shorts and a T-shirt for practice. Wrestling shoes are a good idea. Tennis shoes can be worn as long as they are clean (they should not be worn in from the street).

Do we need headgear?
At the elementary level, headgear is optional. As wrestlers become older, headgear may become more necessary. Many wrestlers start without headgear.

What are practices like?
Practice involves: Warm-up and stretching, technique, drilling technique, live wrestling, and occasionally games. The goal of practice is to develop wrestling fundamentals in an enjoyable atmosphere where all wrestlers can learn. Wrestlers are expected to listen and follow the Code of Conduct. Parents are encouraged to watch and learn, and we are always looking for volunteers who have a wrestling background or experience working with kids.

How do I know if practice is cancelled?
If Alexandria Schools ISD 206 does not have school or is closed due to inclement weather, emergencies, etc. we will not hold practice. We will communicate additional changes via text and email.

Does my wrestler need to go to tournaments?
Your wrestler does not need to go to any tournaments. This is a wrestler’s and family decision. Alexandria hosts a tournament, The Little Ole, which is FREE to Alexandria youth wrestlers. That may be a good first tournament for your wrestler. The Alexandria booster club also cover the cost of several tournaments throughout the season. Besides having cost covered, these tournaments will have Alexandria youth coaches available to assist your youth wrestler. These tournaments will be announced in season. We recommend the amount of competition your wrestler experiences be based upon their desire to compete… and not yours. Participating in tournaments can be a great experience and fun, but each wrestler is different, and a parent should monitor those factors closely. In short, if they do not enjoy live competition, be cautious. It is more important to learn wrestling fundamentals first, and then build a desire to compete as wrestlers mature.

How does a wrestling tournament work? What do I do when I get there?
The first tournament experience can be a bit overwhelming if you are not prepared. Here is what you can generally expect:

• You arrive at the tournament site to register (usually at a school site) at a certain time. Most tournaments require a fee for the wrestler averaging $10.00 – $12.00. For the tournaments that are sponsored by the booster club, you will simply register under the Alexandria wrestling program and the booster club will cover the fees.
• Wrestlers weigh in at the site in their singlets. Parents most often accompany younger wrestlers.
• After weighing in wrestlers and parents wait in the stands until the tournament starts. Often wrestlers can warm up on the mats prior to the tournament. We encourage Alexandria wrestlers and parents to sit together so that we can support each other and grow as a wrestling community together.
• Tournaments usually start with the youngest wrestlers and progress pre-K through 6th grade.
• Often wrestlers are brought out mat-side in a group of four wrestlers their age, weight and size. They wrestle 2-3 times, receive an award and are done. Parents can often accompany them mat-side and watch, although this varies from tournament to tournament.
• Most tournaments have concessions available.
• Often there are a lot of people and it is noisy; it is an exciting environment.

What if I don’t know a lot about wrestling? How can I coach my wrestler?
The wrestling coaches attend many tournaments. The coaches will post which tournament the team will be at the week prior to the tournament. You are welcome to pick an alternative tournament of your choice, but our preference would be to attend most tournaments together as a team. If you do not know wrestling, do not be afraid to ask for a coach to be at your child’s mat.

What is a wrestling match?
An elementary wrestling match is usually 3, one-minute periods. A wrestler wins the match by scoring more points or pinning his opponent.

How do you score a wrestling match?
A wrestling match has three periods, and each starts with wrestlers in basic starting positions:
• 1st Period: Both wrestlers start in a standing position called “neutral”.
• 2nd Period: A choice is gained by a coin toss, flip of a disc, or other means and the wrestler with the advantage may choose “neutral”, “down” or “bottom” position, may choose “up” or “top” position, or may defer the choice to the other wrestler.
• 3rd period: Choice is given to the wrestler who has not yet chosen; either “neutral”, “down”, or “top” positions. 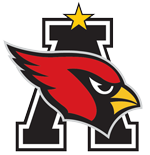